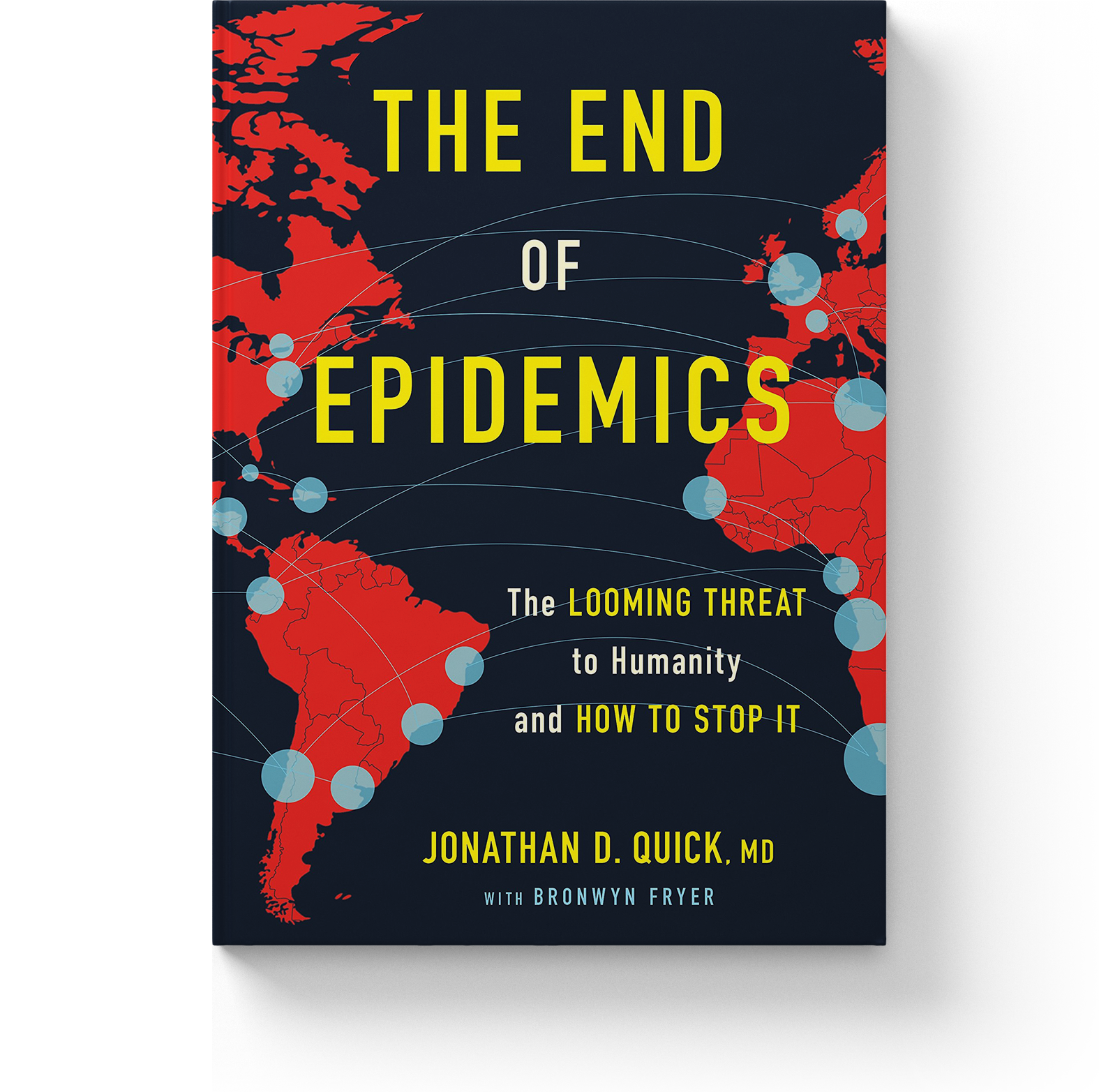 A leading doctor offers answers on one of the most urgent questions of our time: How do we prevent the next global pandemic?

The 2014 Ebola epidemic in Liberia terrified the world―and revealed how unprepared we are for the next outbreak of an infectious disease. Somewhere in nature, a killer virus is boiling up in the bloodstream of a bird, bat, monkey, or pig, preparing to jump to a human being. This not-yet-detected germ has the potential to wipe out millions of lives over a matter of weeks or months. That risk makes the threat posed by ISIS, a ground war, a massive climate event, or even the dropping of a nuclear bomb on a major city pale in comparison.

In The End of Epidemics, Harvard Medical School faculty member and Chair of the Global Health Council Dr. Jonathan Quick examines the eradication of smallpox and devastating effects of influenza, AIDS, SARS, and Ebola. Analyzing local and global efforts to contain these diseases and citing firsthand accounts of failure and success, Dr. Quick proposes a new set of actions which he has coined “The Power of Seven,” to end epidemics before they can begin. These actions include:

Spend prudently to prevent disease before an epidemic strikes, rather than spending too little, too late

Ensure prompt, open, and accurate communication between nations and aid agencies, instead of secrecy and territorial disputes

Fight disease and prevent panic with innovation and good science

Practical and urgent, The End of Epidemics  is Crucial reading for citizens, health professionals, and policymakers alike.